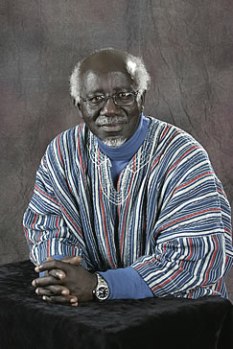 The history of African Christianity can to a greater extend be attached to evangelism by the western missionaries who entirely gave themselves to reach out the African Continent. In droves they came leaving behind all their belonging and family, carrying their coffins with them and laying down their lives just to proclaim the gospel of Jesus Christ. Well the gospel was proclaimed and God worked in the hearts of many and the veil was uncovered and people came to the knowledge of Christ. Then there was the challenge of culture verses the gospel, this saw many African theological scholars  dig in to find how Christianity could be viewed not as a form of western culture but a global religion. Their labor was more towards exalting Christ as the Lord of the universe.

Amongst such African scholars is the theologian Kwame Bediako. Manasseh Kwame Dakwa Bediako, late rector of the Akrofi-Christaller Institute for Theology, Mission, and Culture, in Akropong, Ghana, was born on July 7, 1945. He died, following a serious illness, on June 10, 2008. Over many years he pointed others to Africa’s proper place in contemporary worldwide Christian discourse. He charted new directions for African Christian theology. He labored so that generations of scholars, confident equally of their Christian and their African identity, might be formed in Africa, and to that end he created a new type of institution where devotion to scholarship and understanding of the cultures of Africa would be pursued in a setting of Christian worship, discipleship, and mission.

Kwame received an excellent education of the English type. The period of his secondary education coincided with the transformation of the Gold Coast into Ghana, the first of the new African nations, led by Kwame Nkrumah, with his emphatic rejection of Western rule in Africa and high sense of Africa’s past glories and future destiny. Kwame Bediako left Mfantsipim as its head prefect and in 1965 entered the University of Ghana, set up after World War II with the aim of being an Oxbridge in Africa. There he developed as an eloquent orator and debater, a person who could make a mark in politics; he also attained the academic excellence in French that won him a scholarship for graduate studies in France and the promise of an academic career. By this time he was a confirmed atheist under French existentialist influence, apparently deaf to the pleas of Christian classmates.

In France he gained master’s and doctoral degrees at the University of Bordeaux, not surprisingly choosing African francophone literature as his area of research. During his time in France he underwent a radical Christian conversion—so radical that at one stage he thought of abandoning his studies in favor of active evangelism. Happily, he was persuaded otherwise; the time was coming when he would recognize scholarship as itself a missionary vocation.

Kwame’s evangelical convictions and credentials were manifest, but he was wrestling with issues that were not at the front of most evangelical minds, or on the agenda of most evangelical institutions at that time. Could Africans become fully Christian only by embracing the mind-set of Western Christians and rejecting all the things that made them distinctively African? Ordinary African Christians daily faced acute theological issues that were never addressed in the sort of theology that apparently served Western Christians well enough. It was not that the theology was necessarily wrong; it simply could not deal with issues that went to the heart of relationships with family, kin, or society, nor deal with some of the most troubling anxieties of those who saw the world in terms different from those of the Western world. Africans were responding to the Gospel, and in unprecedented numbers, but the received theology did not fit the world as they saw the world. Great areas of life were thus often left untouched by Christ, often leaving sincere Christians with deep uncertainties. Much evangelical thinking was not engaging with the issues of culture, or was doing so simplistically or superficially. It was such concerns that brought Bediako back to academic study, and Kwame took a second doctorate in the Department of Religious Studies at the University of Aberdeen, Scotland.

But his immediate call was to Ghana and to the pastorate of the Ridge Church in Accra after spending time as a lecturer. The three years (1984–87) that Kwame spent there were formative for him in what they revealed of the concerns, aspirations, and anxieties of African Christians, and in later years he was never less of a pastor for being a scholar and academic. Indeed, even before he left Aberdeen he had a clear vision of what his ongoing work was to be, and pastoral concerns were at its heart. When he left Ridge Church in 1987, he found, with the full approval of his church and the support of friends in and beyond Ghana, an opportunity to put the vision into practice. The outcome was the Akrofi-Christaller Centre for Mission Research and Applied Theology, later called the Akrofi-Christaller Institute of Theology, Mission, and Culture. Its establishment and development lay at the heart of Bediako’s work for the rest of his life.

Indeed much still ought to be done as regards African Christianity and discipleship as well as missions.